ReefStar is a product for coral reef restoration made by Ocean Agency. Specifically, ReefStar is an artificial metal frame, and corals can grow on it. A $35 donation buys a ReefStar and restores a reef with a dozen corals. 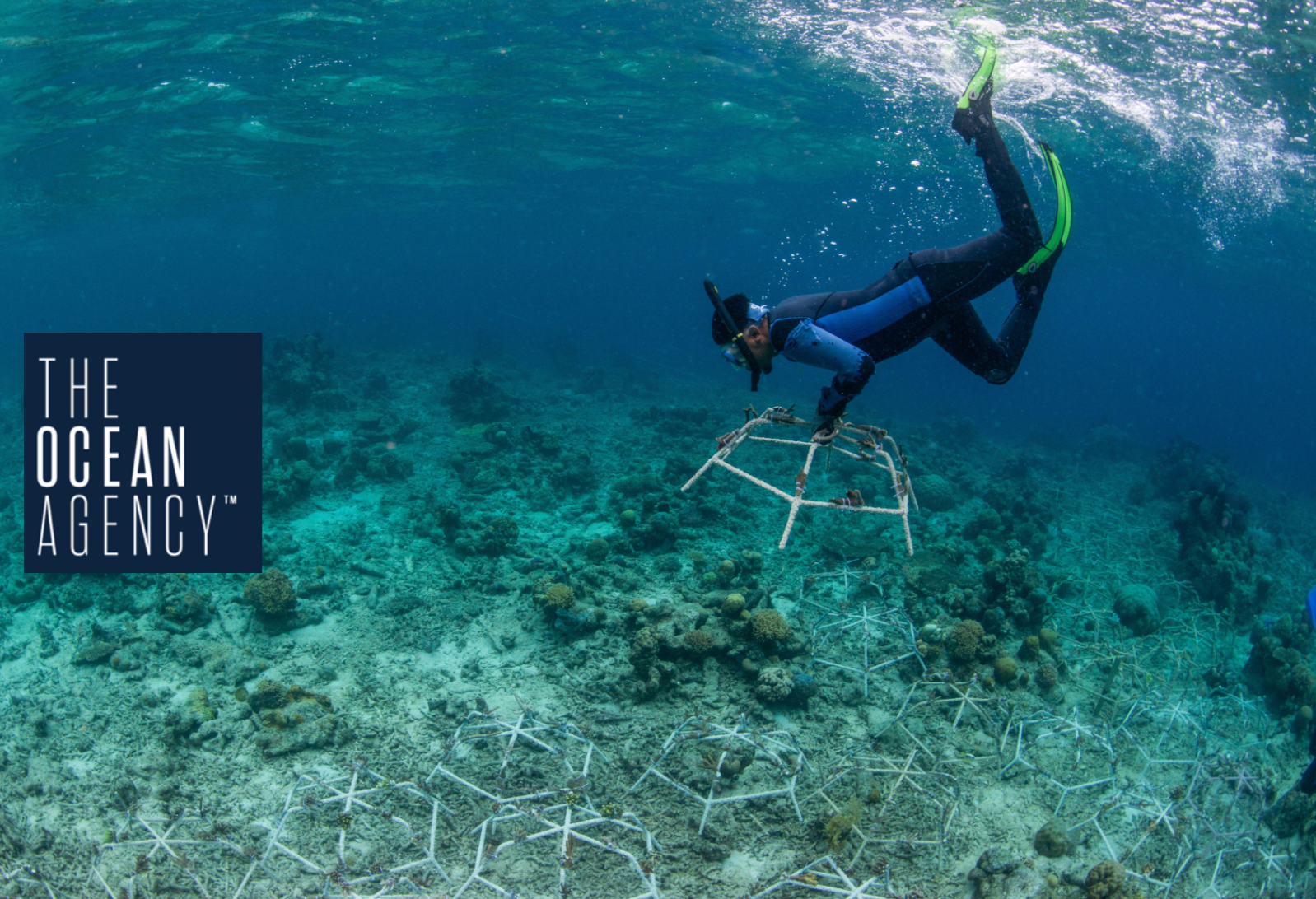 Problems
1) Many people in non-tropical regions don't know coral reef ecosystems are dying, and how ReefStars can help restore coral reef ecosystems.
2) People can't directly perceive the benefits of ReefStar donations.
3) It's challenging for people to intuitively see their contribution of donations.
Solution
Reefstoration is an app for crowdfunding ReefStars through a social game. It attracts more donors by the gamification and creating a social connection among donors.
Value Propositions
1) The interactive timelines enables donors to more intuitively understand the disaster happening in coral reef eco-systems.

3) The continuously updated data and status of ReefStar donation enable donors to intuitively see their contributions and encourage donors to donate again.
Outcome
On-boarding
• Get to know what is ReefStar and how Reefstoration works.

• Create or join a donation group.

‍
Choose a Location for Your Future ReefStar
When creating a donation group, You can decide where to put your future ReefStar after completing crowdfunding.
Explore the Interactive Timeline
Browse an interactive timeline to see the disaster happening in coral reef ecosystems around the location you selected.
Play the ReefStar Game to Donate
• Play a restoration game for coral reef ecosystems with your friends.

• Easier to reach the $35 goal with your friends!
See the Real World Impact
• After completing $35 crowdfunding, your ReefStar will be implanted at your selected location.

• You can see the status of all the ReefStars you funded and the frequently updated data of this campaign.

Primary Research
We interviewed 11 people from different ages and occupations.

" The ocean is mysterious to me and I have no idea what happened to the coral reef. "
Blaine, Undergraduate Student, 21

" I can't convince myself to donate $35 to the ReefStar campaign, what is that? "
Vivian, Doctor, 26
Key Insights
• People in non-tropical regions have difficulty perceiving that coral reef ecosystems are dying and how ReefStar can help. Therefore, attracting their attention is challenging.

• It's challenging to attract potential donors to donate $35 without other motivations.

Key Insight
• Individual donors can’t directly know where their money is used. The lack of transparency is a pain point in the individual donation experience.
Design Goals
1. Intuitive Education
Enable people to intuitively learn about coral reef ecosystems, the disaster happening in it and how ReefStars can help restore the ecosystem.
2. Engaging Donation
Provide a more engaging donation experience and lower the $35 donation threshold to attract more donors to donate flexibly.
‍
3. Get a Sense of Achievement
Make users intuitively see their contributions to the coral reef ecosystem to encourage them continuously  donate.
Ideation

Concepts & Evaluation
We generated two concepts based on the concept strategy. 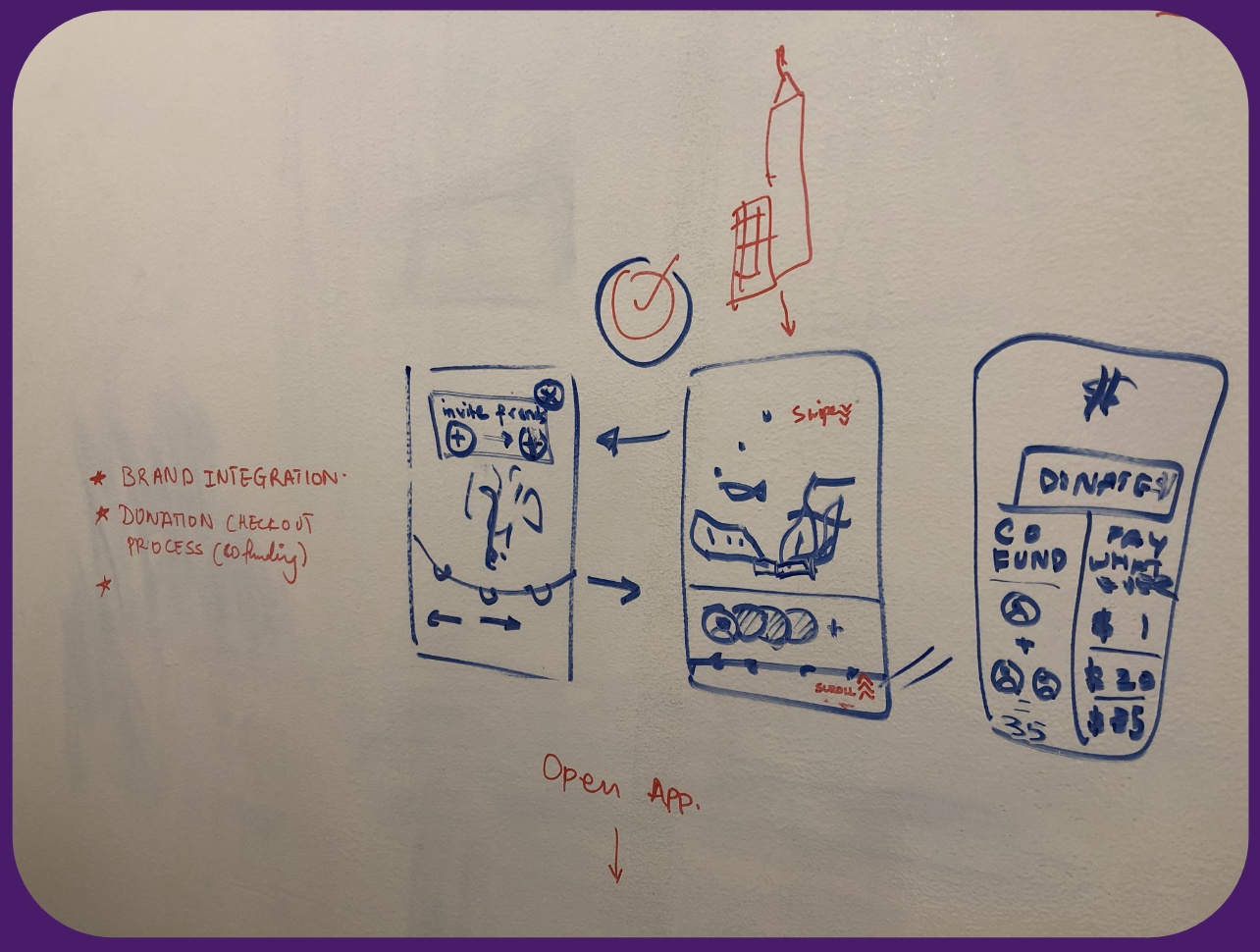 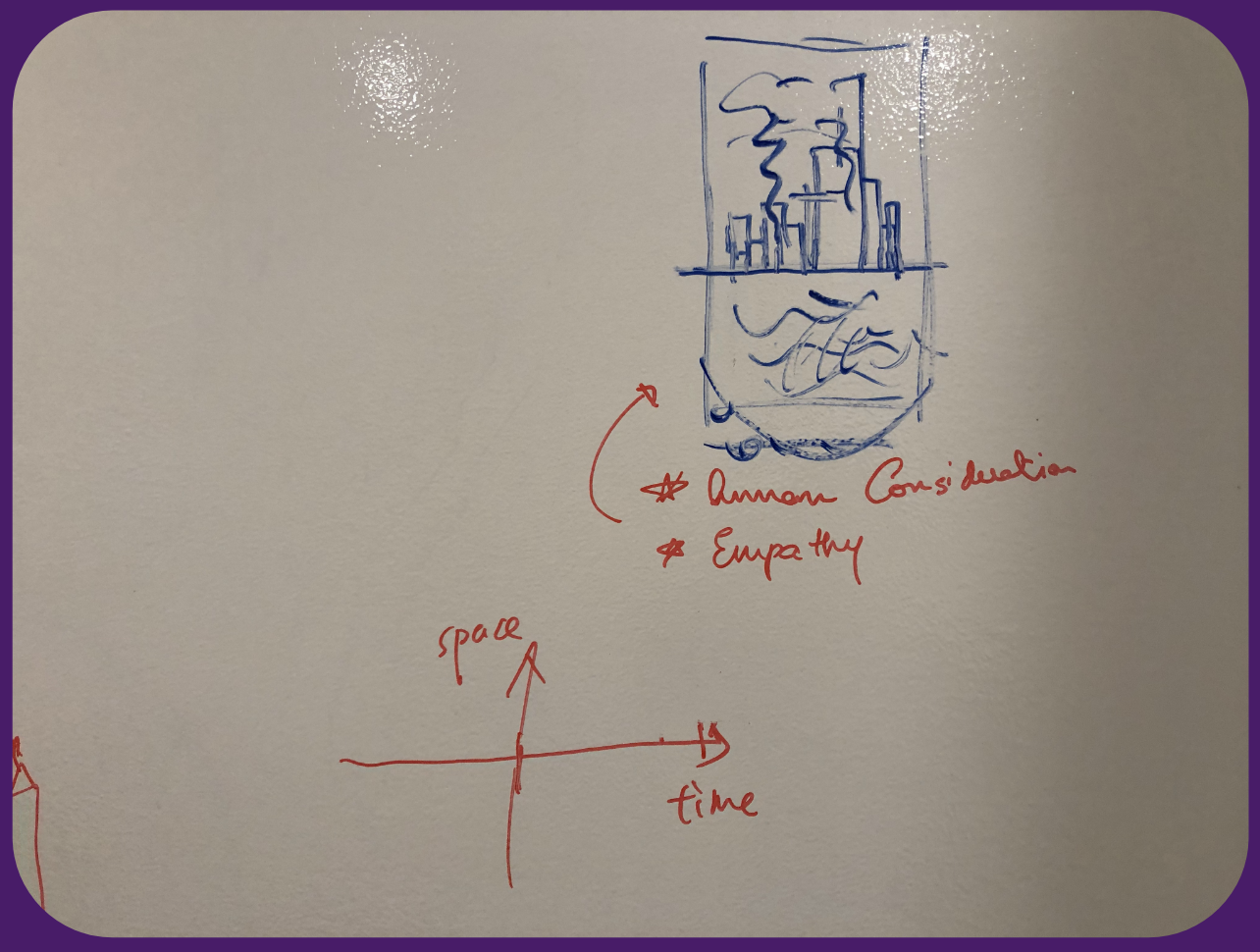 Interactive Timelines
• We use scientific data to create a virtual speculative future of the coral reef ecosystem. Users can change the predictive future timeline by donating now.
Gamified Crowdfunding
• Create a Crowdfunding Model
Convert a one-time $35 donation into a crowdfunding model for lowering the donation threshold. 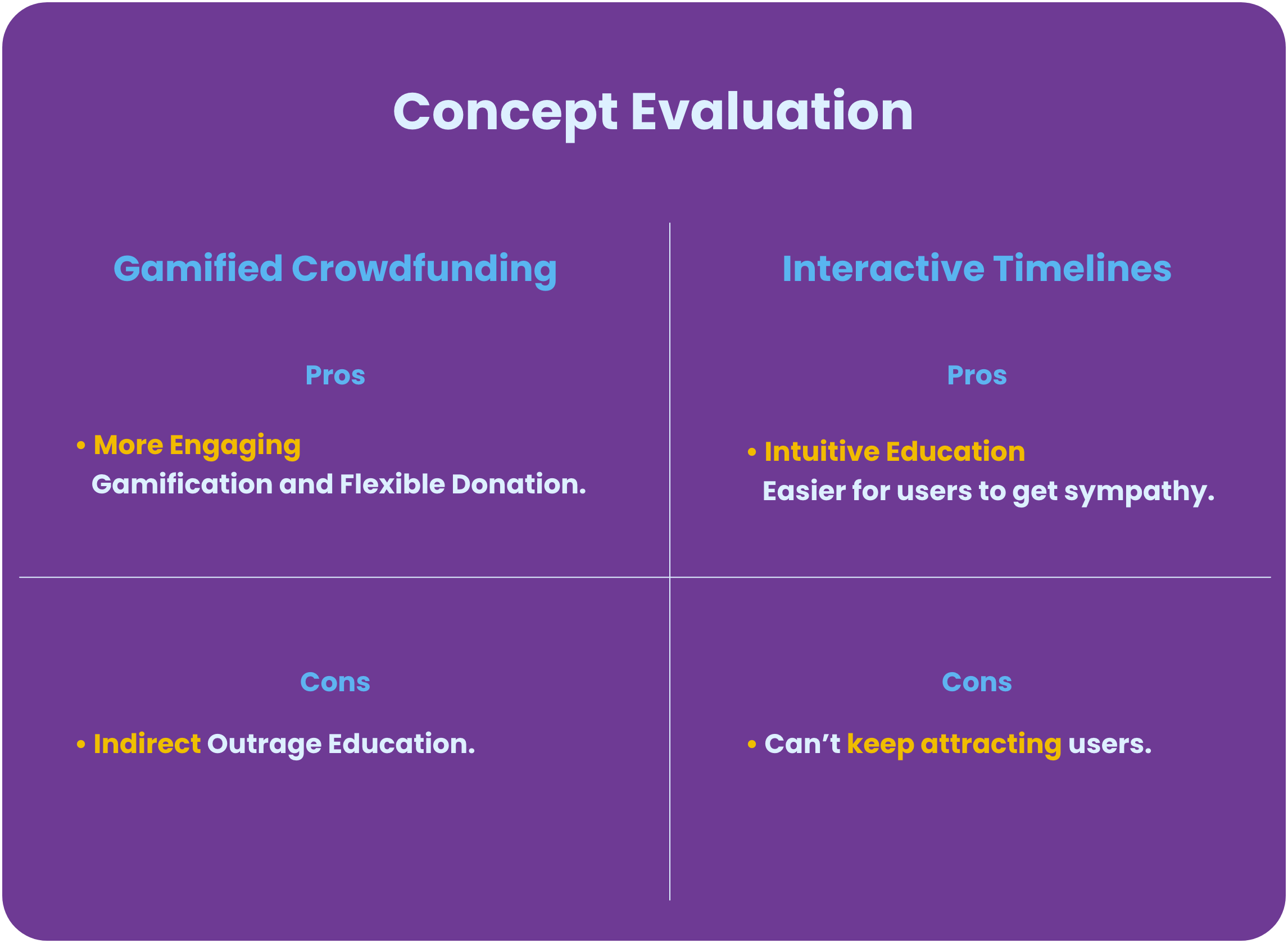 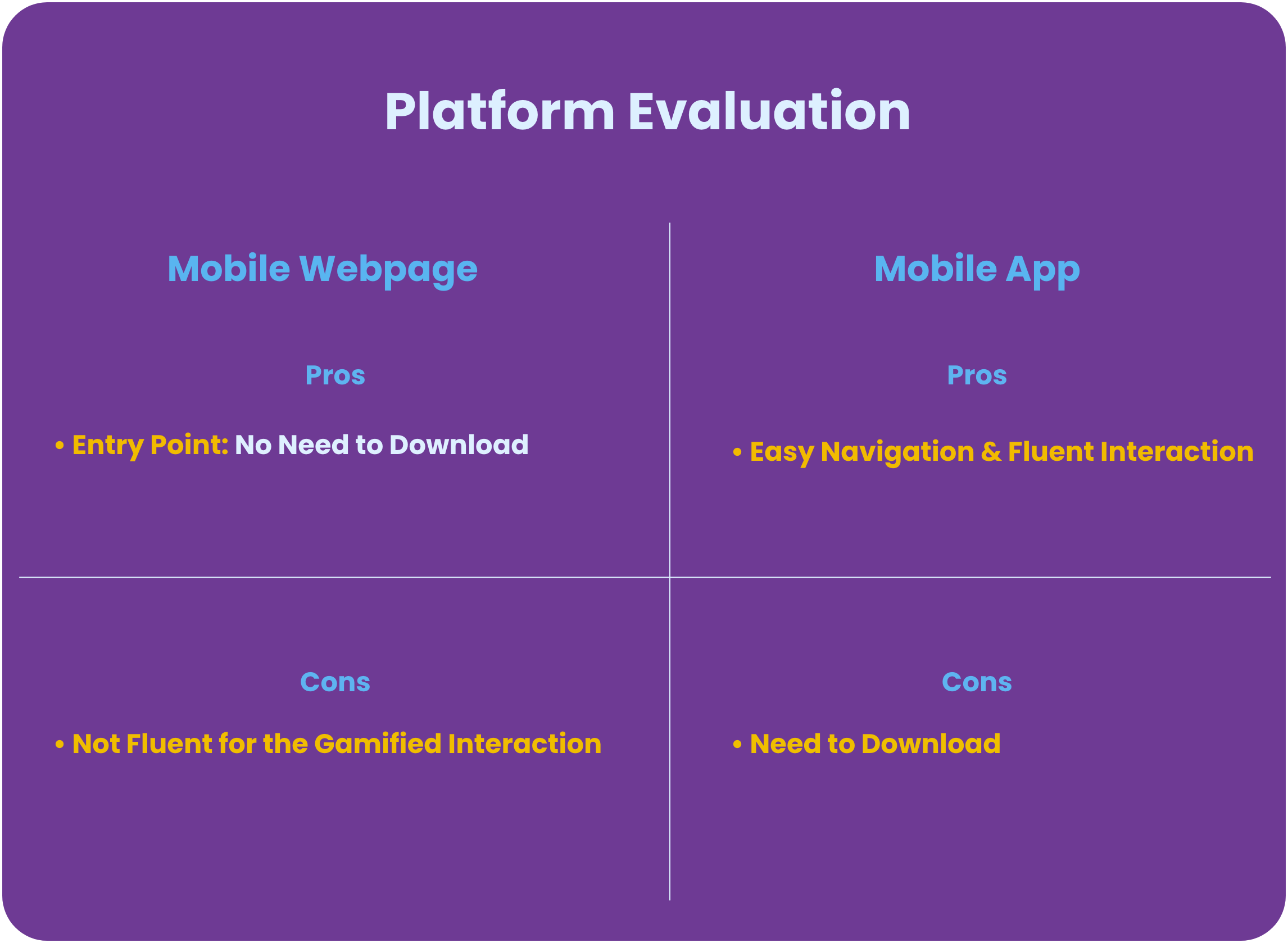 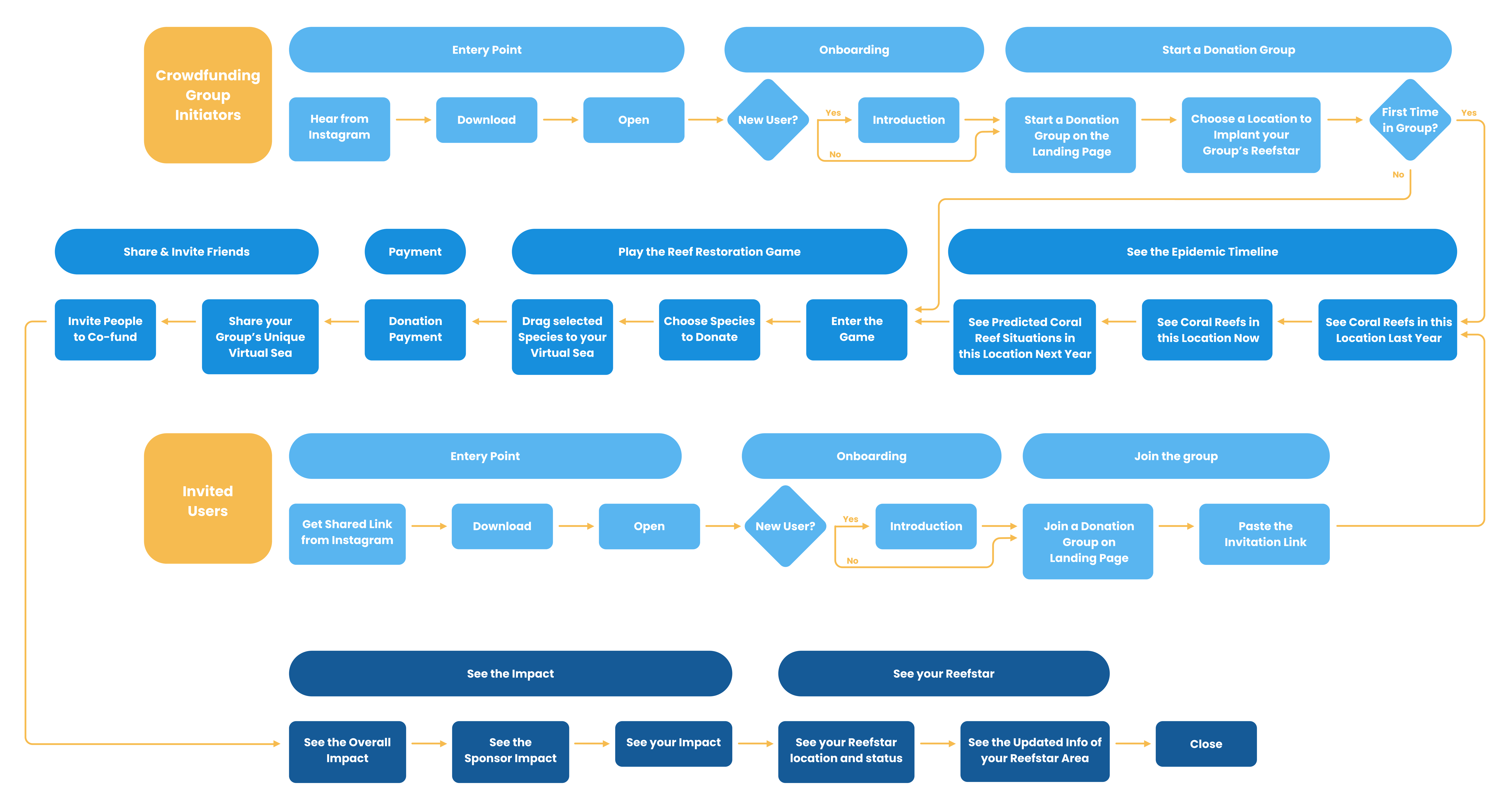 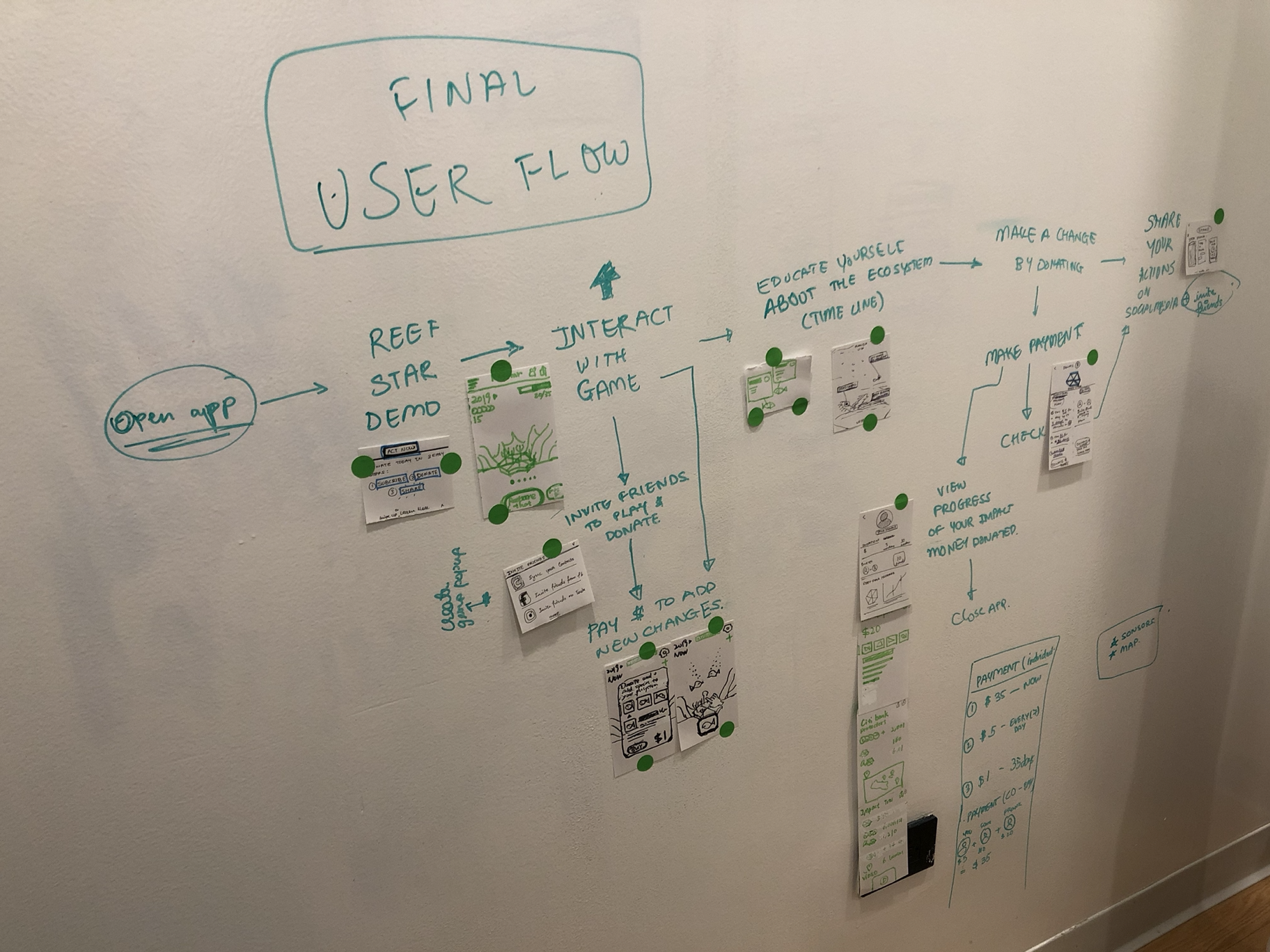 Prototyping Sprint II: Mid-Fidelity
The goal of this Prototyping Sprint is to craft more detailed interactions to validate our assumptions of refined UX flow, and basic UI elements & layouts.
‍
We used an image style instead of gamified UI styles in the game part to build our mid-fidelity prototype for saving time.

User Testing
We tested with 10 people. We made assumptions of the edge case and user mindset for our testing. Surprised by the 37% crowdfunding project successful rate on Kickstarter*, we think about this edge case: What if donation group creators fail to reach the $35 ReefStar crowdfunding goal?
• Assumption I
Edge Case
Group creators will feel frustrated if the groups they created can't reach at least the half of $35 donation goal within a week.
‍
‍
• Validation I
50% users said they would lose interest if their donation group can't raise $35 in one month.
‍
• Assumption II
Edge Case
If they don't want to maintain their groups, they prefer to merge their donation groups with others rather than delete them and get refund.
‍
‍
• Validation II
90% users said if their group was "dead", they wanted to merge it with others to facilitate the success.
‍
• Assumption III
First-time User Mindset
First-time users prefer to join a donation group rather than creating a donation group.
‍
‍
• Validation III
90% users said firstly they wanted to join a group which is closer to the $35 goal to see the result quickly. 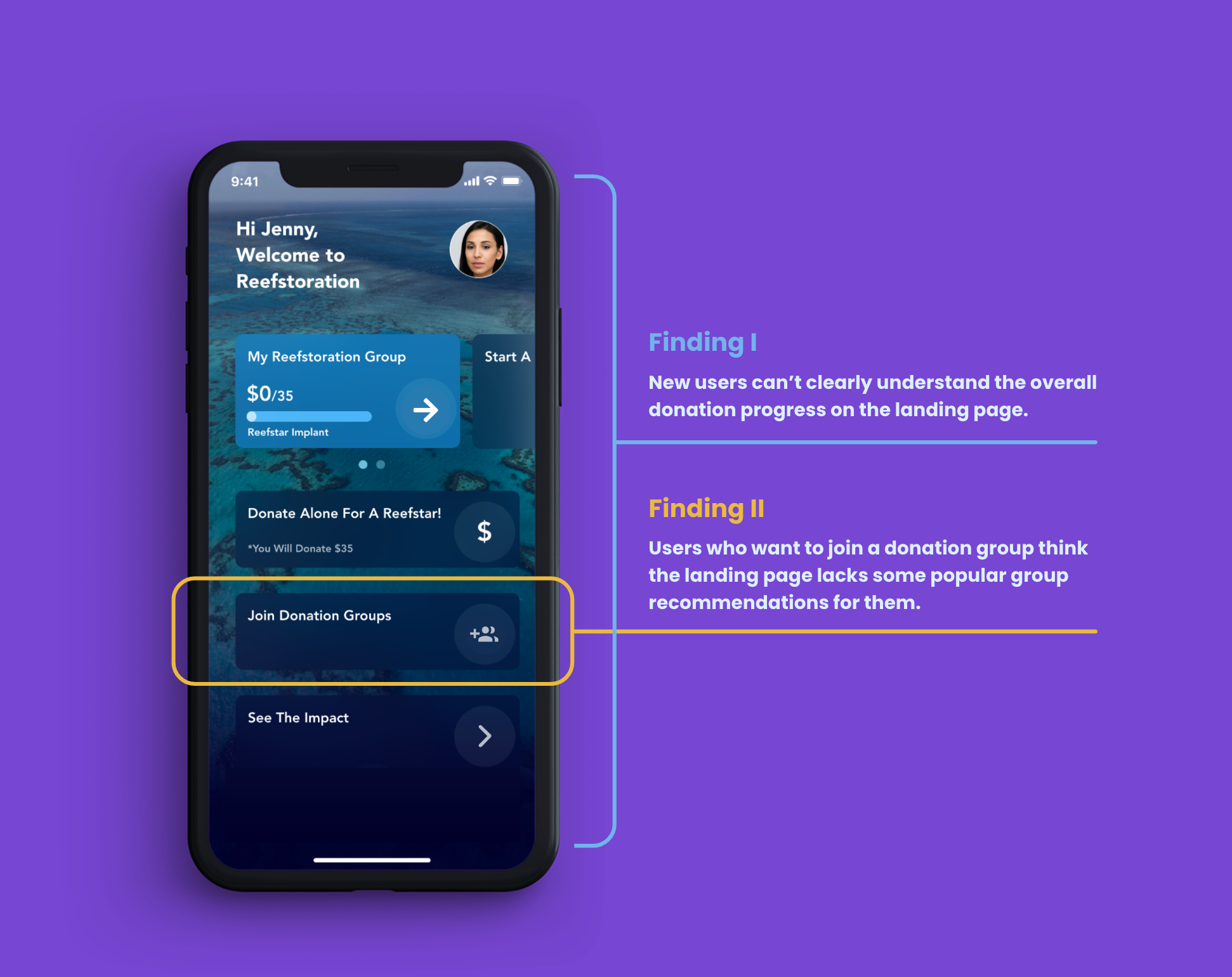 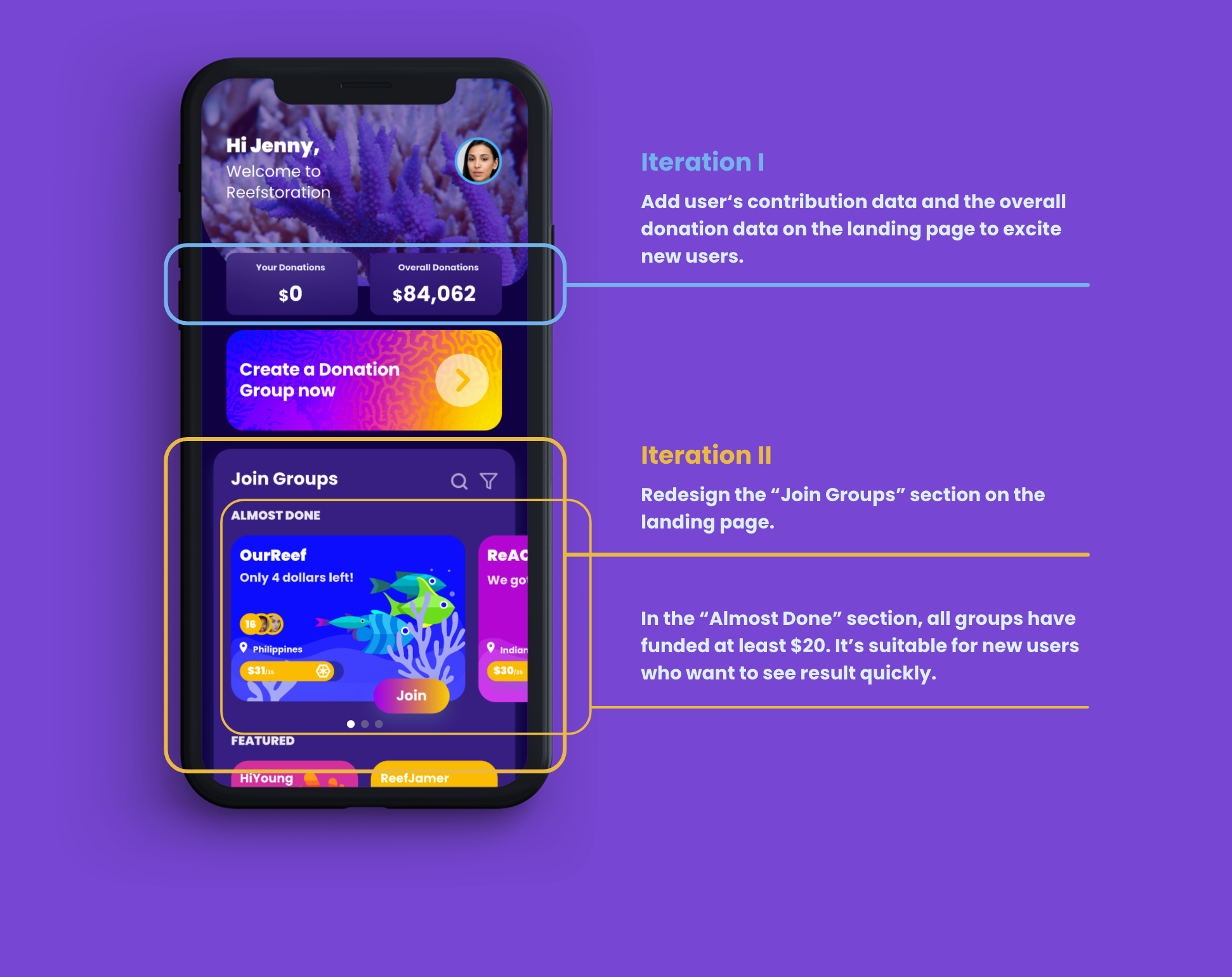 Design for Edge Case
• Enable group creators to merge their donation groups with others. 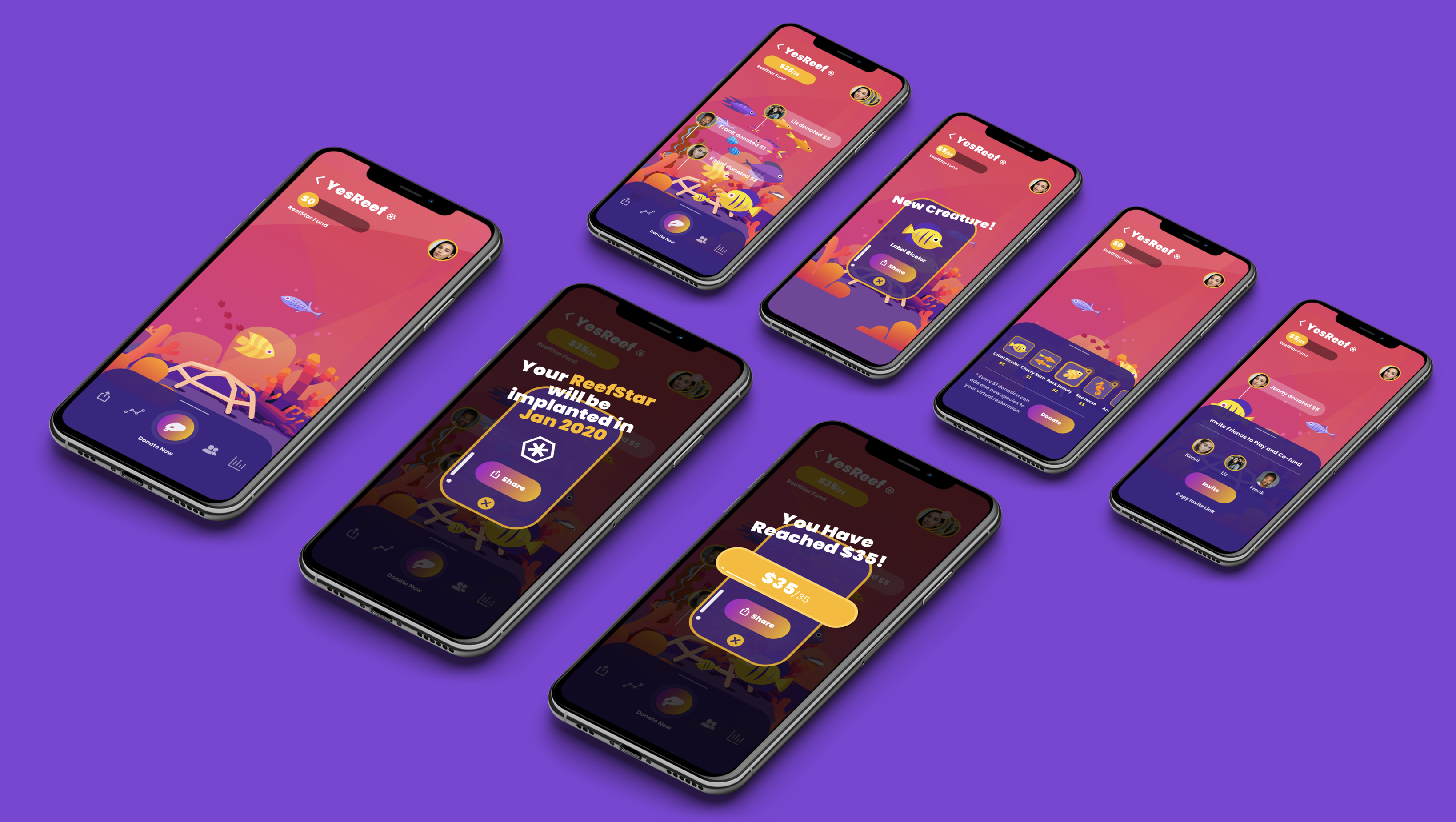